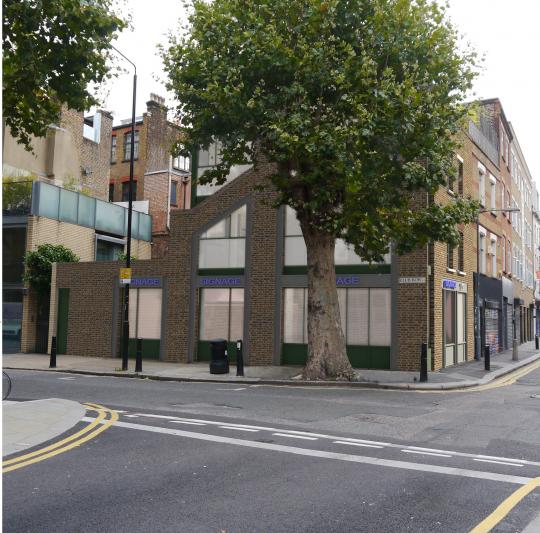 In the early 1800s this site was adjacent to the notorious Jago slum where Author Morrison set his famous book Child of the Jago. The adjacent terrace of houses was demolished when the slum was cleared out in the 1890s leaving this property and a curious shaped triangle of land next door. The house, which had a shop at the ground floor, was heavily damaged in 1944 leaving a few brick walls as witness to its dramatic history. It was then partially rebuilt in the 1950s using scavenged material from local bomb sites.

Our proposal captures this history by retaining the fragments of original brickwork and developing the form to take advantage of views and light that have opened as events have unfolded. The Club Row elevation records the angle at which the 1944 bomb cut through the house, which is articulated from the Redchurch Street elevation and what remains of the old brickwork, by a strip of glazing bringing unexpected light into an otherwise dark corner.

Additional accommodation is provided through a new basement level covering the entire footprint of the site. It will form a shop with the ground floor, with flats above extended over an additional storey of accomodation, in the traditional use pattern of houses on the street.